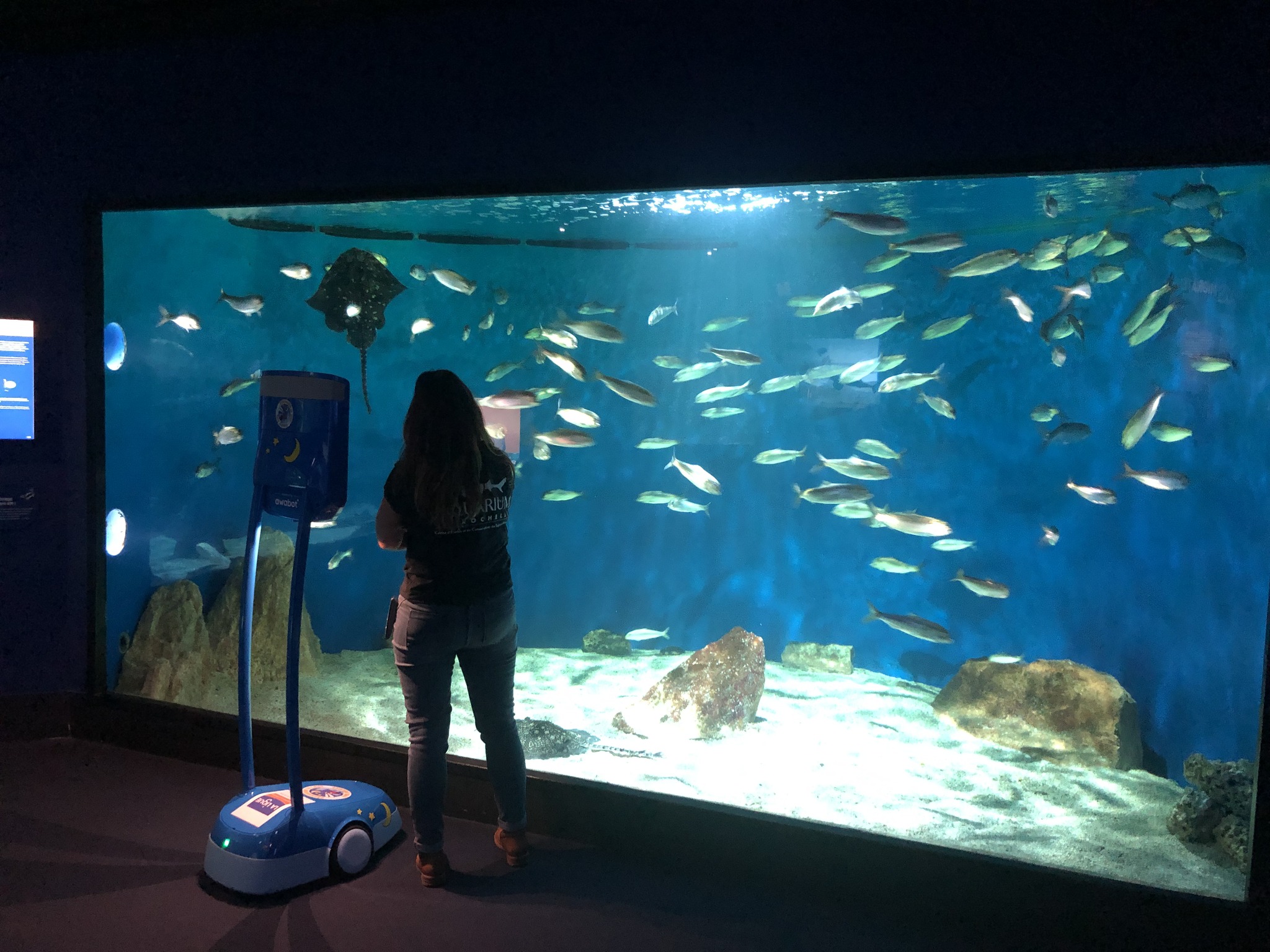 “Happy the man who, like Ulysses, has made a fine voyage” thanks to the French association Décrochons la lune. Its founders and their team have no shortage of ideas to enable children hospitalized for long periods of time to teleport themselves to discover extraordinary places! La Palmyre Zoo, La Rochelle Aquarium, Stade Rochelais, La Rochelle-Mireuil Fire Brigade… All of them have welcomed the association’s telepresence robot, named Ulysse, to put stars in the eyes of connected children. Interview with Marie Dubois, founder of the association Décrochons la lune.

Telepresence, a lever for inclusion of hospitalized children

In February 2022, the association acquired a BeamPro® telepresence robot, customized in the colors of their association, with the objective of allowing hospitalized children to “get out of their hospital room”.

Marie Dubois: “We had heard about the TED-i program, led by the French Ministry of Education and Youth, and found the idea of a telepresence robot interesting to improve the well-being of children suffering from long-term illnesses, particularly pediatric cancers. We had also read an article on the use of the device by the FC Barcelona Foundation.

This inspired us to have a telepresence robot ourselves, and to implement it, first at the Stade Rochelais, a French rugby club based in La Rochelle. The player Uini Atonio is indeed the sponsor of the association.

Organization and solidarity, key words for the implementation of the Ulysse telepresence robot

The connection sites favored by the association have the merit of being unusual, with a dimension that is both playful and educational. The telepresence robot Ulysses usually spends several weeks with an educational team, in charge of welcoming and accompanying the children who are brought to connect. The organization is well established and everyone gives their time and enthusiasm to interact with the young patients.

M.D.: “When we received the device, it took some time to organize ourselves in order to manage the logistical and connectivity issues: it was sometimes complicated and time-consuming, but when we saw the impact it had on the children’s well-being, we said to ourselves that the telepresence robot was beneficial.

The first hospital to host the project was the Centre Hospitalier de la Rochelle, then other outlying hospitals became interested in the system. Now, we find locations, determine with them a duration of availability, then connection slots that are then relayed to the hospitals in our network.

In the beginning, we implemented Ulysses at the Stade Rochelais. I remember that the players put him in the middle of the field and carried him very high, with a connected child exclaiming “They are carrying me!”. It’s words like that that show us how much the child lives and feels in those moments, as if they were really there.

Thus, Ulysses has already spent several days at the Palmyre Zoo, at the Natural History Museum in La Rochelle, and then a month and a half at the La Rochelle Aquarium, before joining the La Rochelle-Mireuil fire department. 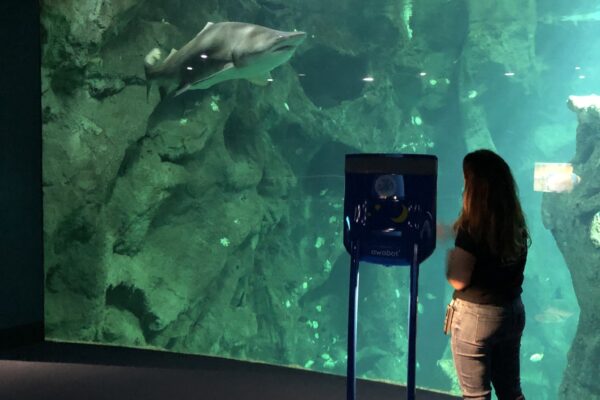 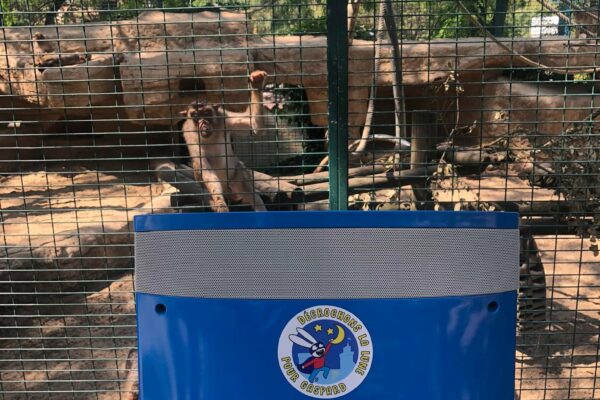 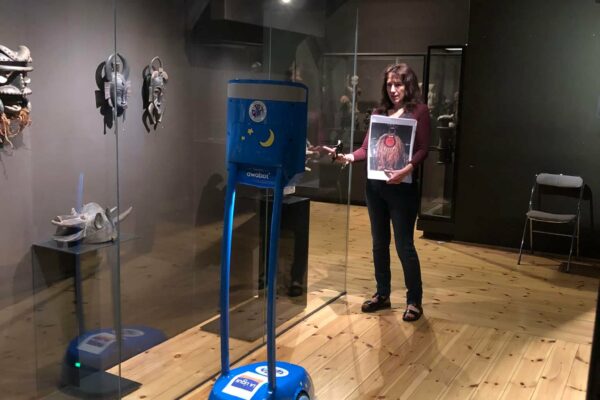 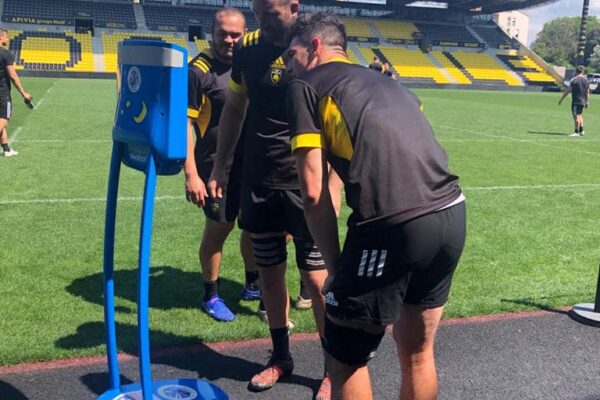 When it comes to tourist places, the visit circuits are determined. On the other hand, at the fire station for example, the firemen proposed us a scenario with a tour in the truck (with the siren!), a demonstration of the big ladder, a simulation of intervention and a tour of the backstage of the fire station which was very appreciated by the children. Enough to amaze the children and awaken vocations!

Soon, Ulysses will join the Cognac air base and probably the Christmas market in Strasbourg.”

The association Décrochons la lune has chosen to name its telepresence robot Ulysse, a nod to the space mission to study the north and south poles of the Sun. Another star that this association could easily win, so great is its determination to improve the daily life and well-being of sick children!

Telepresence robots are beneficial for all ages and for all types of people who are unable to attend for health reasons. Do you have a telepresence project to promote inclusion? Contact us! 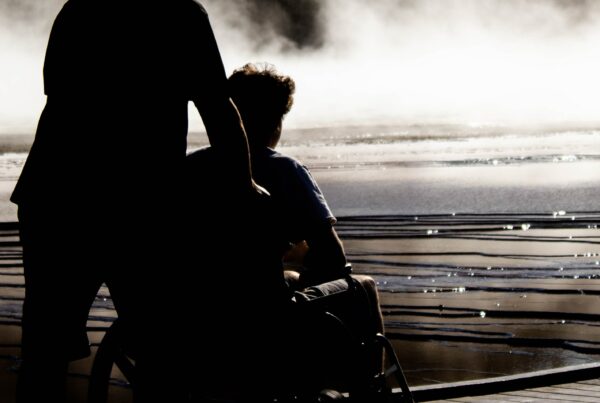 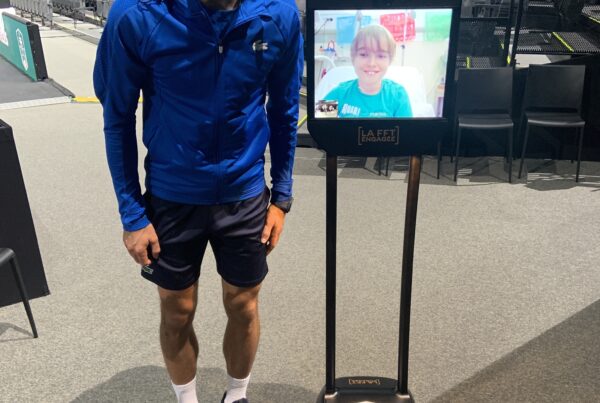 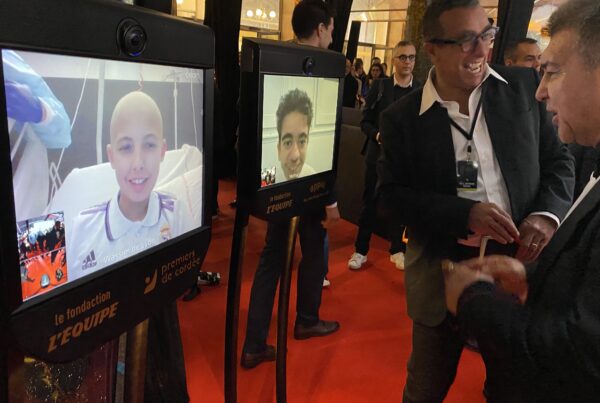