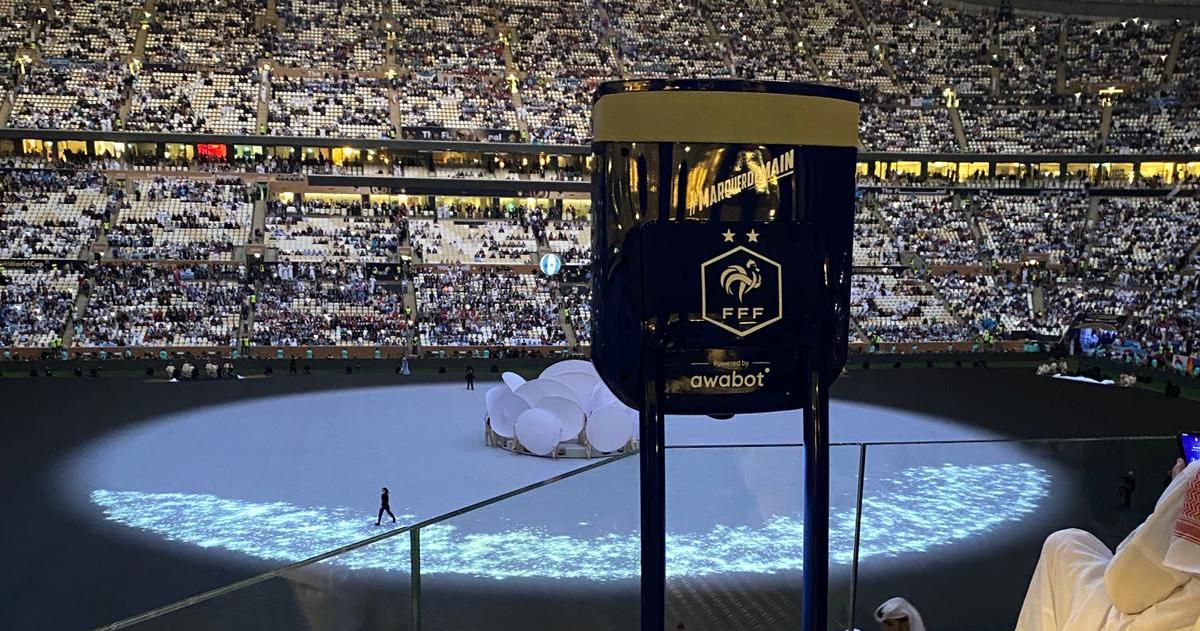 Geronimo and Wassim will not forget this Sunday, December 18, 2022. Indeed, it’s not every day that you are invited by the Presidency of the French Republic to attend the final match of the Football World Cup. A breathtaking match that held all the spectators in suspense until the last minute, including our two young soccer enthusiasts in telepresence.

A Robot at the World Cup Final

Geronimo, from Argentina, and Wassim from France, two young soccer fans had the tremendous privilege of being invited by the Presidency of the French Republic to the final match of the World Cup in Qatar. Connected to the telepresence robot of the French Football Federation from their hospital rooms, each of them had the opportunity to talk with the personalities present at the Lusail stadium. Wassim had the opportunity to speak with the greatest judoka of all time, Teddy Rinner, and Christopher Nkunku, French international footballer. Geronimo did not fail to adorn his cheeks with white and blue, the colors of the Argentine flag.

If Wassim, a great supporter of the French team, unfortunately did not have the chance to see “les Bleus” get their third star, he did enjoy this final with stars in his eyes. And what a final! Until the last minute, he could feel, through the screen of the BeamPro® telepresence robot, the tension rising in the stadium stands.

A truly spectacular event, even more unforgettable for Geronimo. The young Argentinean was indeed more than delighted to have been present on TV during the triumph of his national team led by Lionel Messi. A victory won after a penalty shootout that ended this legendary final.

A big thank you to the Presidency of the French Republic for inviting Geronimo and Wassim to live this legendary moment. The whole Awabot team is immensely honored to have been able to make this initiative happen. Special thanks to Emmanuel Macron, President of the Republic, Brigitte Macron and their teams. 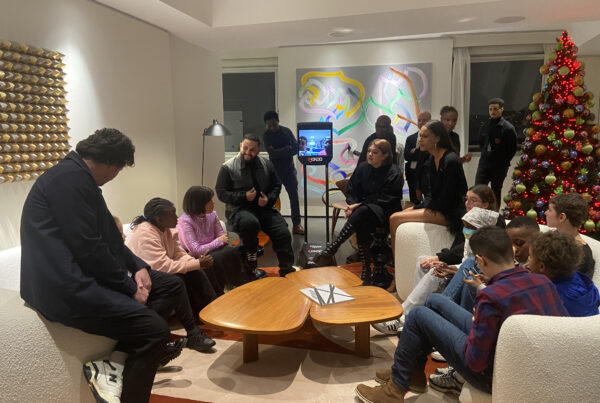 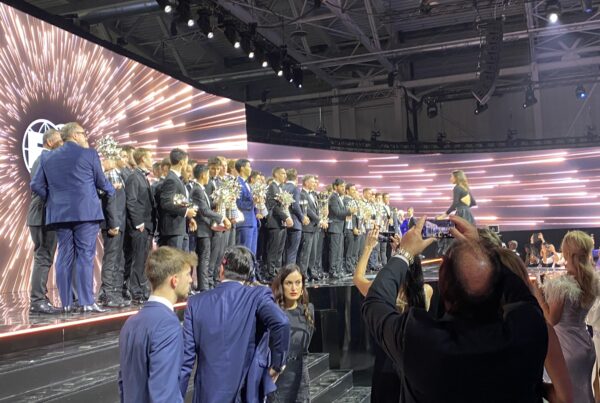